Winners and Losers in Real Estate 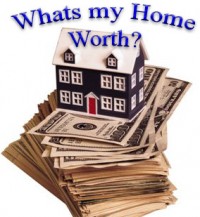 How Much Is That Person's Coffee Mug ( Seller's Property) Worth?

Why is it more difficult now to bring buyers and sellers together in real estate transactions than just a few years ago? Princeton economist Daniel Kahneman, Nobel Prize winning author of Thinking Fast and Thinking Slow sheds light on this seemingly perplexing question. Take a simple coffee mug for example.

"Kahneman's work shows empirically what many individuals have long felt when confronted with economic models of rational cost-benefit calculation -- people don't always think rationally, even if they consider themselves rational actors. To give a concrete example, in a classic experiment, Kahneman gave half of the participants a mug and the other half no mug. He and his colleagues then asked how much those who had the mug would be willing to sell it for and how much those who did not have a mug would be willing to pay for one. Those who had a mug were not willing to give it up for under $7; those without one would only pay $3 to buy one. The result? What economists now call "the endowment effect" -- individuals value what they have more than what they could have, even though rationally the mug should have the same value whether it is being bought or sold." WWS News, Princeton University

Sellers and Buyers of real estate naturally exhibit the same tendencies. Sellers frequently value their home or other real estate substantially more highly than prospective buyers do, and more so the longer they have lived in the home or owned the property.  How much is that home worth?  " It all depends on if you actually have one.  In the Kahneman study the mug owners estimated the value of the mug to be about double what the non-mug owners were willing to pay.  Rational? Maybe not, but that's the point. Studies like this one, demonstrating that people respond differently to a proposition depending on whether it is presented in terms of a loss or a gain, are part of the 30 years of work that earned Princeton psychology professor Daniel Kahneman the 2002 Nobel Prize in economic sciences."*

While most real estate sellers don't usually seek double what the average buyer is willing to pay, there is a natural divergence between buyer and seller perception of value in real estate. A fascinating change occurs however, from the time the owner places their property on the market to the time the property actually sells and that change can be graphed. From the beginning when the seller feels someone would have to pry him loose from his home to the end when he just wants out at any price, his perception of value of his property clearly declines. It is a known fact that every seller will lower their expectations and price over time.

What is that property really worth? In one sense, whatever someone is willing to pay and if no offers are made, that is a sound indication the listed price was just too high.

From: ABC- A better chance. A better community. Williamstown MA May 11, 2012 Dear Paul, On behalf of the Board of Directors for Greylock ABC, I would like to thank you for your generous donation to the Greylock ABC 2011-2012 Annual Fund. Your contribution truly makes a difference in the lives of our scholars, especially in these economically difficult times. We could not offer the current variety of programs and a secure nurturing home for our scholars without [...]