The Article Below is Courtesy of  www.iBerkshires.com an online news source for Berkshire County MA residents 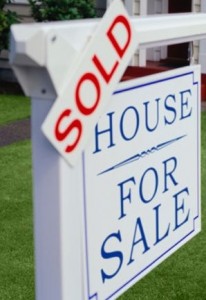 Berkshire County Real Estate as well as Williamstown Real Estate is showing anecdotal evidence of a good start in 2012.

The anecdotes make things sound really good.  "I had two showings recently where the buyers were paying with cash - one was from Boston and one was from Connecticut - and they literally signed a contract to buy during my showing," said Realtor Paul Harsch of Williamstown, who has listings in Massachusetts, New York and Vermont. "That showed that we had priced these houses well and that they showed really well.

"We've written up several contract in the last two to three weeks. We've really been busy."    Although no one is predicting a return to the sellers' markets before the "Great Recession," the region shows signs of recovery from the doldrums of 2011, according to sales figures from the first two months of the year.  Data from the Berkshire County Board of Realtors shows that 103 residences changed hands in January and February, 2012, up 5 percent from the same period a year ago. 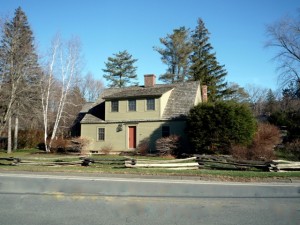 This Williamstown Home was sold March 2012

In North County, the numbers are even better, with 25 sales in the first two months of this year, compared with 18 in 2011, a rise of 38 percent. North County homes selling from Jan. 1 to Feb. 28 spent an average of 143 days on the market, down from 207 days in the same sales period a year ago, a difference of 30 percent.  The flip side of those strong sales numbers: The median price of a home in North County the first two months of the year was down 54 percent from a year ago, from $193,500 in 2011 to $125,000 this year.  That is the price that sellers pay as the market readjusts to new realities, Harsch said.

"Some [buyers] have figured, 'It can't get any worse, interest rates are fabulous and can't get any lower,' in terms of timing, it would be hard to argue it will get much better from the buyer's point of view," he said. "On the other hand, there are sellers who, for some reason, are not ready to meet buyers at current market values. That has held the market back, somewhat."

The county real estate market took a hit last year, when the total number of sales slumped to 828, a drop of 5.5 percent from 2010's pace.

Harsch is not alone in seeing positive signs for the 2012 market.  "I'm very encouraged," Berkshire County Board of Realtors President Chapin Fish said. "There have been a lot of people showing and people looking. I think there's a certain amount of pessimism fatigue, and people are ready to move forward."  Fish, who works primarily in South County, said optimism is not limited to the Berkshires. "I was on a webinar (April 4) with Barbara Corcoran, who founded (Manhattan's) Corcoran Group, and she felt, and I have to agree, that the low point of the market was four or five months ago," Fish said. Fish said most of the activity is in the lower-priced homes, but he also is sensing more interest in land, which has been a quiet sector of the real estate market in recent years.

Another hot sector: condominiums.  "Keep in mind, condos represent only about 10 percent of our sales market, but we've seen significant gains in the first two months of 2012 in every part of Berkshire County," Berkshire County Board of Realtors CEO Sandy Carroll said. "Sales jumped 200 percent, dollar value jumped from $164,000 transacted last year to $1.6 million this year, and our median prices are climbing, with a gain of over 15 percent."  Harsch said the local market benefits from a strong community of local banks that make it easy for qualified buyers to obtain loans.

Sellers, on the other hand, are sometimes hamstrung by existing loans that make it difficult for them to realistically price their homes, he said.  "It's a difficult and somewhat unwelcome adjustment," Harsch said. "Let's face it, no one wants to see their property values decline. But another way to look at it is they're returning to a norm after escalating in an unprecedented manner from 2000 to 2007.

"We're returning to a norm, but anyone who bought during the go-go years is struggling with the new realities."     Full Article link on the iBerkshires News page