I like to read tea leaves, astrological signs and phases of the moon to forecast real estate trends. 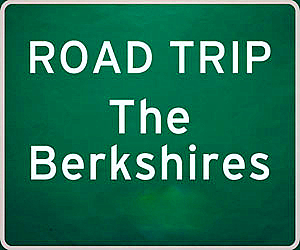 reader’s attention.  Did it catch yours?  Instead I watch two things to develop my forecasts for our region; statistical comparisons year over year and the pulse of activity walking through the door. The first is logical, factual and the second when I make forecasts, is based on years of experience and sensing the general mood of the market plus conversations around the county with lenders, appraisers, inspectors and of course, other Realtors®.

2015 is looking good for the most part and it looks significantly better for some parts of the county.

Figures are taken from the Berkshire County Board of Realtors® Multiple Listing Service, a source available only to Realtor® members and are for single family home sales only.

Taking the entire MLS into account, including adjoining areas in NY, CT, VT and neighboring counties in MA, the numbers are virtually even with last year. Based on my forecast there will be 1147+/- closed transactions. The only notable difference is a decline in the median selling price of roughly 12%.

For Northern Berkshire as MLS considers it (Adams, North Adams, Clarksburg, Williamstown, New Ashford), the could in theory reach 239 sales based on a 30% increase thus far in closed sales. Whether the same pace can be sustained through the remainder of the year is of course the question but there appears no doubt sales will top last year. I expect sales to at least reach into the low 200’s from last year’s 178.  Median prices have risen too in the north by around 20%.

For Williamstown in particular sales volume has been spectacularly ahead of last year by almost 300%. That is worth celebrating to be sure but bear in mind the town is small and sales jumped from just 5 closed sales last year to 14 in 2015. Median selling prices for homes however have fallen by 12% to $233,000. If one projects the current sales volume as compared to last year Williamstown could in theory approach the all-time high for the town closing as many as 98 sales. I don’t expect this pace however to continue and I forecast a more realistic 55 to close out the year. That would still be a 55% increase over last year.

Also in the north, North Adams has just barely crept ahead of last year closing 15 vs. 13 from last year and the median price crept up as well, both positive signs. At this rate I predict 75 closings for the year.

Central Berkshire, dominated by Pittsfield of course, is virtually tied year over year, with 109 closed sales this year as compared to 105 last year. The median selling price slipped just slightly to $150,250.

South Berkshire, everything from Lenox south, is the surprise so far this year but the declines could have everything to do with the brutal winter keeping the traditional Boston and NYC based second home buyers at bay until recently. Sales dropped from 100 last year to 77 this year and median selling prices from $315,000 to $277,500. I predict this trend will reverse with sales improving measurably with the warmer weather. While volume may not top last year’s of 401, I think they will be very close just the same and the median price will also recover as the second home buyers return in greater numbers and close on higher priced homes as the year progresses. South County has the highest median selling prices of the region, Central second followed by North County.  Williamstown itself clocks second after South County in median selling price.

The news is very encouraging for buyers and sellers. For buyers prices haven’t jumped yet as they inevitably do once a trend is confirmed by the majority so with rates still exceptionally low and prices still moderating, now would be an excellent time to make your move. For sellers of course the news is also good as activity improves and sales volume accelerates. Best also for sellers who have been fence sitting to go ahead and list before the spring is past and while there is yet less competition for you. Once prices start to rise again, more folks while get back into the market as sellers creating more competition for your listing.

In conclusion, although much can change in the world today in a flash, affecting everyone, for the most part I expect a solid improvement overall over last year, a trend everyone can agree is, just like spring, long overdue and very welcome.