Where will you live ?  Clean air, clean water, safe communities.

We have added a white paper produced by the National Association of Realtors® to our Berkshire Real Estate website that can be viewed by clicking the house icon to the right in this article. 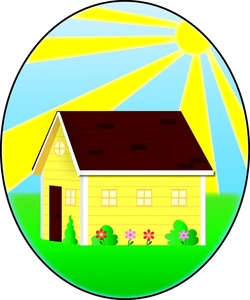 This paper covers the topic of hydrofracking in great detail. There's a map of the nation at the beginning of the study which shows, to the relief of many, that Massachusetts, Connecticut and Vermont and neighboring portions of NY lie outside any known shale oil or shale gas formations and thus outside the interests of energy companies to perform extraction in our northeastern states and most significantly in our close-by Berkshires and adjacent areas.

So, is this a topic then we should be concerned with as owners or potential owners of real estate?  Indeed it is and there are both positive and in some minds negative factors to consider.

On the positive side is the prospect that our air and water will remain un-affected by fracking operations, our highways not busy with related construction machinery and our sound waves not burdened by the sounds of drilling rigs or heavy machinery running day and night as some communities have had to deal with. (There are transmission lines including one major gas pipeline cutting roughly through the center of the county.)

The negative to some would be the lack of economic benefits such as increased housing demand and construction, increased trade in stores and businesses of all kinds around the areas of activity and of course the income some landowners have earned from leases on their property.

Included in the study are two maps, one showing current active extraction areas around the nation and another the extent of the known oil and gas fields lying beneath the land. If I were someone considering relocating I would take those maps in hand and very carefully consider whether I would want to live anywhere in those vicinities based on the impacts that are known and potential. Imagine purchasing a lovely rural parcel of land and one day waking to the sounds of a drilling rig and long term the sight of well rigs pumping away. Or worse, finding your kitchen faucet running one day with discolored and very smelly water.

So, while the Berkshires, known in some circles as America's cultural resort region most likely will never see drilling rigs, this is to be seen as a great relief and another reason to either settle here or never leave.

We so far as I know, have never experienced sink holes as in Florida, never had wells contaminated by fracking, never experienced any earthquakes of any magnitude to even rattle the dishes, never had to suffer through crippling droughts or wildfires or mudslides, never had to experience the devastation of tornadoes (a few very minor ones have been known to touch down in south Berkshire County causing minor damage), never suffered the terrible widespread devastation of hurricanes, never has a snowstorm brought the area to a standstill, never have we in fact to my knowledge and recollection had to endure and pay the price for any natural or man-made disasters that have devastated so many other areas, residents and businesses.

The Berkshires and neighboring CT, NY, VT are truly blessed in so many wonderful ways. Unlike many other parts of the nation we have no traffic snarls, no endless commutes, no dirty factory air, no contaminated wells and aside from a few of the ills imported from the big cities like some drug issues (managed very well by local law enforcement), we can live in remarkable peace and enjoyment surrounded by natural beauty.

This truly is a blessed area and we welcome any newcomers looking to enjoy what we residents have been so fortunate to enjoy.

Dear Mr. Harsch: I just want to tell you how pleased I have been with the Harsch Agency in both the buying and selling of my home(s) in this area. Three years ago, my husband and I moved to Williamstown and bought a small home through the Harsch Agency. We were impressed with our agent and so when we decided to buy a larger home 18 months ago, we sought her out. Although many realtors may have given [...]