Williamstown MA and Williams College and Harsch Real Estate can all be found in Northern Berkshire County MA along with The Clark Art Museum, Williamstown Theatre Festival and the renown Taconic Golf Course.  Once a Mohican Indiana hunting ground and later used to prevent the 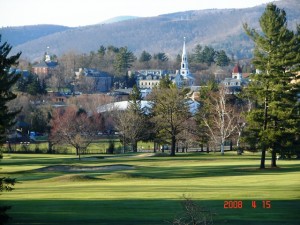 During this time in history the new colony settlers in New England had to contend with the hostile native Indian inhabitants who were armed by the French.  The French desired the America as a colony as much as Britain did and were willing to pay for the scalps of British citizens.  Records can still be found in France of payments made to Indians for the scalps of British women and children by the French Army during these early years.

Fort Massachusetts stood somewhere between what is now North Adams and Williamstown about four miles east of Williamstown.  The lives of the Berkshire settlers depended on this fort and the defense it provided from vicious ambushes and attacks by French soldiers and Indian bands.

Captain Ephraim Williams was given command of 12 military forts/posts throughout the Western Massachusetts territory.  Born in Massachusetts in a wealthy family he was considered a brave and fine soldier during a time when military leaders  had to hire, feed and lead the men who served under them.  Most military leaders were appointed by the British because of their wealth and good standing.   Education was so very important to Ephraim Williams that he included an endowment in his will to fund a free college in West Hoosac if the town were incorporated and named after him thus honoring his family name and posterity through ensuring an education to those who could "read English well."

Colonel (for by 1755  Ephraim had been promoted from Captain to Colonel) Williams lost his life in an ambush by the French at Crown Point.  Although the Ephraim Williams did not live a long life his legacy continues to this day in his namesake town and Williams College.  The college did not remain free for more than a few short years.  Williams College has over 2000 enrolled students today and is one of the finest liberal arts colleges in the nation.

The ambience of Williamstown continues to be collegial, dedicated to higher education while promoting cultural enrichment for all visitors to Berkshire  County Massachusetts.   Mount Greylock serves as a symbol of Williamstown's lofty ideals.

April 10, 2012 From: Berkshire Humane Society, Inc., Pittsfield MA Dear Paul, Thank you so much for your generous contribution to the Berkshire Humane Society.  I am pleased to inform you that your donations were applied to the Ken Freeberg Special Needs Fund- Spay/Neuter program.  This is a fund that we use almost on a monthly basis for surrendered pets that need special care.  Again on behalf of our homeless animals thank you for thinking of Berkshire Humane Society and our pets in [...]

July 18, 2012   Hi Paul,   I don’t think that any of us can express our gratitude for all your hard work and persistence. It’s not been an easy property to work with, however, you stuck with it when many would have thrown in the towel. I’ll continue to recommend you to anyone in the Berkshires looking to sell or buy.   Many thanks,   [...]

Hi Paul After reading that e-mail I feel particularly lucky to have found you. Obviously most Realtors want to make the most money they can on a deal, and your philosophy does not necessarily lead to that outcome.  You are doing the right thing and that is very hard to find these days

5-27-2011  Dear Paul,  Your check is enclosed.  Thank you again for all your hard work in gettting a closing for us within 1 year-great job!   It was a pleasure to work with you and we love recommending you to others.  Joanne and AL   I realy enjoyed touring homes in Berkshire County with my Harsch Associates agent. It was like an expedition. I'm glad we both had had a good time too. Don't forget to write that book for first time home buyers - I think it's a [...]

Dear Mr. Harsch:           I just want to tell you how pleased I have been with the Harsch Agency in both the buying and selling of my home(s) in this area.           Three years ago, my husband and I moved to Williamstown and bought a small home through the Harsch Agency.   We were impressed with our agent and so when we decided to buy a larger home 18 months ago, we sought her out. Although many realtors may have given up on us through 18 months of house hunting, your [...]

From:  ABC- A better chance.  A better community.  Williamstown MA May 11, 2012 Dear Paul, On behalf of the Board of Directors for Greylock ABC, I would like to thank you for your generous donation to the Greylock ABC 2011-2012 Annual Fund.  Your contribution truly  makes a difference in the lives of our scholars, especially in these economically difficult times.  We could not offer the current variety of programs and a secure nurturing home for our scholars without your continued support.  [...]

Dear Paul:      Last November Jim and I decided to start the search for a retirement home in the Berkshires. We really wanted to be within close proximity to Williams College, good healthcare, Tanglewood, and of course the great outdoors.     We searched the internet for a good reliable real estate agency, and after reading favorable comments about your agency decided that we would visit Williamstown for the weekend and stop in to see if someone could be of assistance. We were [...]