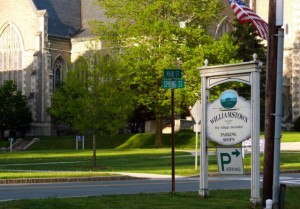 Williamstown in the Berkshires is renowned for Livabilty

Here in Williamstown MA we believe in the work ethic and it doesn't stop at retirment age.  Many of our community members continue to serve in business, culture, arts, entertainment and other professional arenas.  This Huffington Post Blog quotes Williamstown MA resident Peter White and his great attitude to continuing to serve our community.  We are proud to be Williamstown residents.  Here at Harsch Real Estate we can help you find the right property even if you never intend to retire."I'll retire when they carry me out," says 88-year-old lawyer and WWII Army veteran Peter White of Williamstown, MA., who is part of a small but growing workforce of men and women in their mid-to-late 70s and older. His working life spans 63 years, including his current job as an agent selling insurance and financial products. "As long I can physically do it," he maintains, "I will do it."

Like White, many older Americans say they plan to work forever, some because they feel they have no choice -- they haven't saved enough to retire, and they aren't eligible for much in the way of retirement benefits. But among others, and White is one of these, need takes a backseat to desire. Work gives meaning and purpose to their lives; they love what they are doing and often have considerable flexibility in what they do and when they do it. Work also gets them out of the house. White particularly appreciates the discipline of dealing with problems and people and keeping up. He doesn't see the appeal of full-time leisure anytime soon, and he isn't alone: about 4 in 10 employed boomers contend that as far as retirement goes, they won't want to stop working.

White, however, is in the minority, despite the fact that more older Americans are putting off retirement. Employment drops off sharply as workers move into and through their 60s, even though some retirees might have remained at work if conditions had been more amenable --greater access to part-time work, more flexible work schedules, or the opportunity to shift to a new career, for example. Although a sizable majority of workers say they expect to work in retirement, retirees tend to have left work at substantially younger ages than workers plan to, according to the Employee Benefit Research Institute.

Job loss, ill health, caregiving responsibilities or the retirement of a spouse may make continued employment difficult, impossible, or unappealing. Some people retire and return to the labor force, but that is not always an option due to age discrimination, technological developments, and competition from younger, more recently trained workers. Plus, retirement has a great deal going for it for people with adequate financial resources, who are in good health, and who have plenty of other interests. Many boomers apparently plan never to stop working, but just about as many cannot wait to retire.

Still, millions of Americans are pushing back the date of retirement, and a growing number of them are well beyond conventional retirement age. The number of workers aged 75 and older averaged 1.3 million in 2012, almost triple what it was a generation ago. Because these workers barely register in a labor force of about 155 million -- they were less than 1 percent in 2012 -- you might not run into them very often, but 7.6 percent of people in this age group were working or looking for work last year. This is up from 4.3 percent in 1990.

What are these workers doing? We don't know a great deal about them, partly because there are so few and they have not been the focus of much study, but they tend to be better educated than their nonworking peers. Many are professionals and managers, occupations that can involve considerable skill and expertise that accumulate over time, and where job tasks are often varied and stimulating. They aren't doing the same old tasks day after day. A substantial proportion of them are self-employed, which means that they call the shots; they generally have greater say over their work hours than wage-and-salary workers do. The majority work part-time, often combining the best of both worlds--paid work and time off for all sorts of other activities. That characterizes Peter White, whose part-time job enables him to take courses on such topics as Japanese history and law and the Middle Ages at nearby Williams College.

Then there is Tom Cooper of Silver Spring, MD., 81 years old and going strong as a salesman in a large department store. He works full-time doing what he has been doing for the past 60 years -- selling shoes. Another war veteran (Korean War), he values "the amazing number of really nice people I meet on the job. There is always something to discuss with them." Although he says that he will retire when it gets to the point that he can no longer stand it, he hasn't reached that point yet -- and maybe he won't -- because he still really enjoys what he is doing.

White and Cooper are fortunate to have jobs they like, employers who value them, and health that permits them to continue working well into old age. They might indeed die with their boots on, as the saying goes. Most of us won't follow suit for a variety of reasons, some of which we cannot control. The vast majority of workers eventually retire and seem to enjoy their new stage of life, as they deserve to. That will continue, and it should. The number of septuagenarians and octogenarians in the workforce is not expected to soar anytime soon, but it is projected to increase. Anticipating continuing improvements in longevity, more and more boomers in good health with appealing employment options or prospects might just decide that working close to forever also has a lot going for it.

Employment Postscript: The unemployment rate for the total older workforce aged 55-plus inched down to 5.8 percent in February from 6 percent in January, according to the latest employment release from the Bureau of Labor Statistics. The proportion with jobs, however, did not improve.

Paul, I cannot thank you enough for all you did for us during our visits to North Adams. It was you, above all else, who gave us the confidence to push forward with our home search!

Thank you Kevin - we did it! We got a discount Christmas tree and spent most of the afternoon decorating/breaking ornaments. It was lovely. Thank you for everything you did to make this a reality, I can't believe we made it into the house before the end of the year. We are ecstatic - and slightly terrified (in the best way). We certainly will send folks your way as we come across them - we have nothing but good things to say about the dedication and wisdom you brought to this entire [...]

-Hale (and Katie and Ellasen)

Dear Mr. Harsch: I just want to tell you how pleased I have been with the Harsch Agency in both the buying and selling of my home(s) in this area. Three years ago, my husband and I moved to Williamstown and bought a small home through the Harsch Agency. We were impressed with our agent and so when we decided to buy a larger home 18 months ago, we sought her out. Although many realtors may have given [...]

From: ABC- A better chance. A better community. Williamstown MA May 11, 2012 Dear Paul, On behalf of the Board of Directors for Greylock ABC, I would like to thank you for your generous donation to the Greylock ABC 2011-2012 Annual Fund. Your contribution truly makes a difference in the lives of our scholars, especially in these economically difficult times. We could not offer the current variety of programs and a secure nurturing home for our scholars without [...]