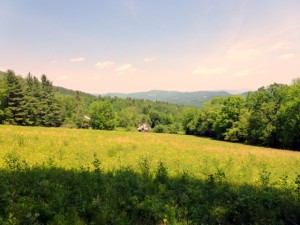 Why buy in Southern Vermont? Southern Vermont is rich in tradition, brimming with historical significance, the inspirational location for many great early American artists (a tradition which continues today) and foremost it is nature. 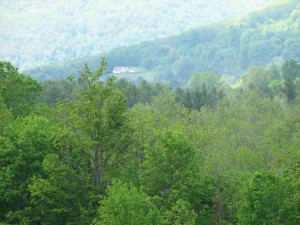 A home set high in the Green Mountains with lush verdant views is one reason home buyers settle here in Pownal, VT.

The tradition of Southern Vermont includes families of the Revolutionary War along with "Tories" who having lost their popularity as the revolution progressed moved north to Canada.  Those remaining in Southern Vermont were independent to the core and remain so today.  Families still living in the area can easily trace their lineage back to the American Revolution, the War of 1812 and the Civil War.  Pownal ,VT is found in the southernmost part of Vermont bordered by Massachusetts and New York state.

The historical significance of the town begins with the name Pownal .  According to the Pownal Historical Society "Thomas Pownall was an Englishman and Royal Governor of Massachusetts."  The town was names for him but Pownal's charter of 1760 dropped the last letter from his name.  It was a time when Mohican Indians, Dutch settlers from New York State and the British loyalists passed through this southwestern corner of Vermont.  Additional information on Pownal's contributions to the Revolutionary War including the Green Mountain Boys can be found on the Pownal Historical Society Website.

Thank you Kevin - we did it! We got a discount Christmas tree and spent most of the afternoon decorating/breaking ornaments. It was lovely. Thank you for everything you did to make this a reality, I can't believe we made it into the house before the end of the year. We are ecstatic - and slightly terrified (in the best way). We certainly will send folks your way as we come across them - we have nothing but good things to say about the dedication and wisdom you brought to this entire [...]

-Hale (and Katie and Ellasen)