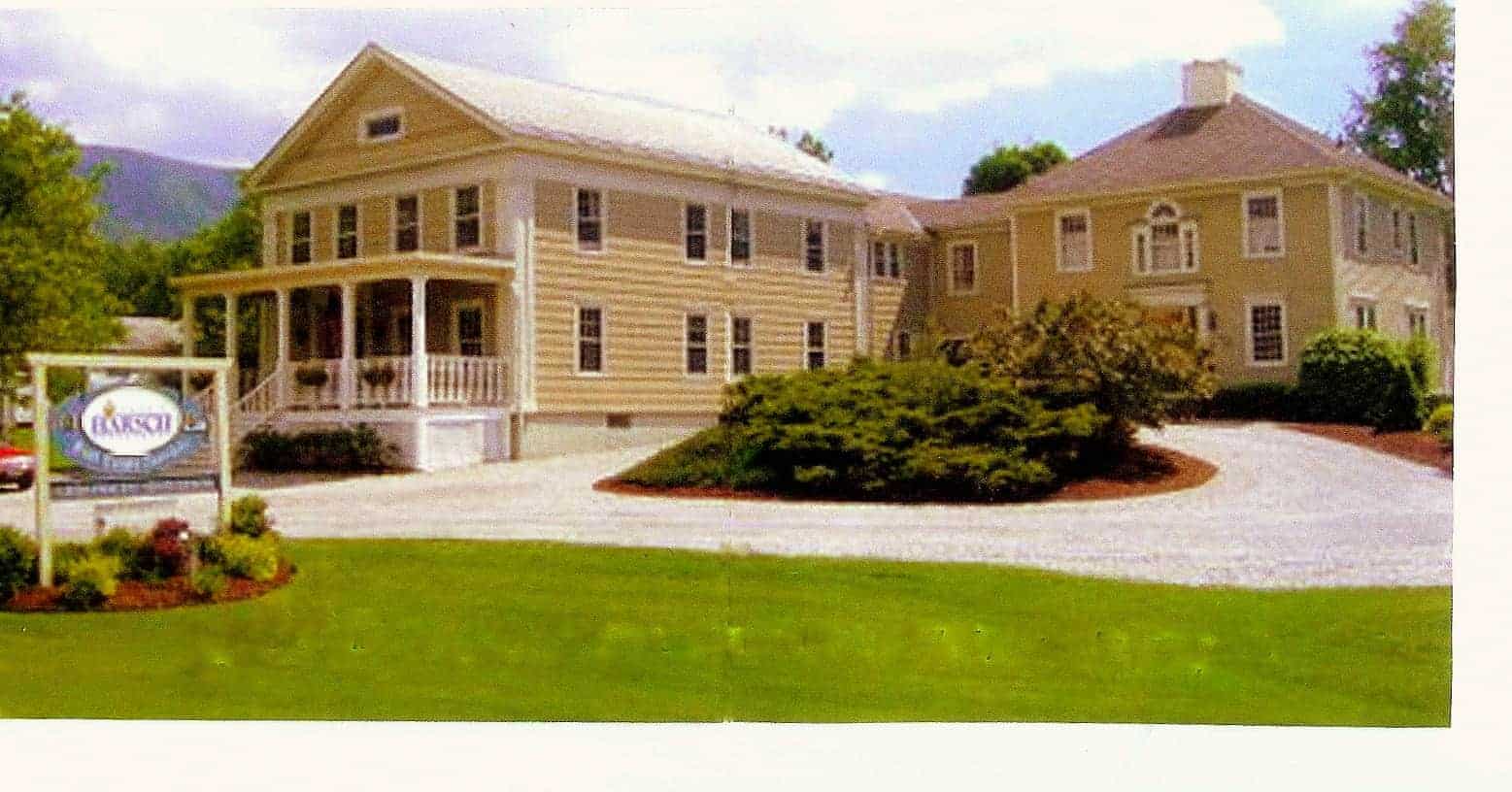 Ms. Wilkin writes about art for the Journal.

The Sterling and Francine Clark Art Institute here is a magnet for summer visitors. A quirky collection with many high points, special summer exhibitions, a recently completed building by Tadao Ando, walking trails through prime Berkshire real estate, and glorious views all make the Clark a "don't miss" destination from June through September. It's also wonderful in winter. The walks through the woods and fields are less enticing in deep snow, and the seasonal exhibition galleries and terrace restaurant of the Ando building are closed, but the vistas are spectacular and the intimate main galleries, with their assortment of everything from Italian Renaissance masters to French Impressionists and Post-Impressionists, from sleek academic "machines" to gritty Winslow Homers, are tranquil and inviting. And there are thought- provoking off-season shows, such as the delightful "Eye to Eye: European Portraits 1450-1850" now on view. 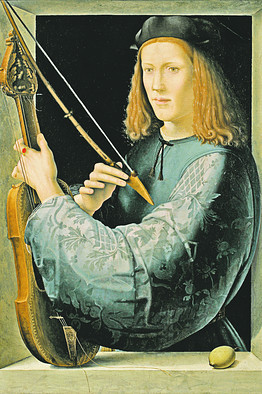 Selected by Clark curators Richard Rand and Kathleen Morris from a single, recently assembled and still-evolving private collection, "Eye to Eye" comprises 30 paintings and one relief sculpture--an amazing group of works, testimony at once to rigorous connoisseurship, attention to good advice, and independence of mind. It's obvious that each exhibited work was acquired solely because of its individual excellence. Some of the most celebrated artists in the Western canon--Gian Lorenzo Bernini, Jacques-Louis David, Hans Memling, Peter Paul Rubens, Anthony van Dyck, among others--are impressively represented, but some of the most compelling pictures on view are by unknown or insecurely identified painters. In some works, such as David's incisive images of a husband and wife, painted in 1820, or Alonso Sanchez Coello's court portrait of Philip II of Spain's teenage bride, painted about 1560, the sitter can be securely identified. In others, such as Alessandro Allori's image of a magnificently dressed and bejeweled, strong-minded young woman (c. 1580s), the name of the subject is unknown, while in still others, such as Jusepe de Ribera's imaginary portrait of an ancient philosopher or Lucas Cranach the Elder's modishly attired 16th-century Saxon charmer, we are given an ideal or a general type, rather than a specific individual. But they all reward attention.

"Eye to Eye" clearly has no pretentions of being comprehensive, yet the cumulative effect is to present a coherent overview of the evolution of the portrait from the Renaissance to the dawn of the Romantic era, from exquisitely naturalistic 15th-century Netherlandish works, to lush 16th-century Italian paintings, to demonstrations of 17th-century Flemish, Spanish and Italian virtuosity, to early 19th-century French testimonials to a burgeoning intensity of feeling.

A wall text of Giorgio Vasari's assertion, "Every painter paints himself," reminds us that all pictures are, one way or another, self-portraits, but the dominant characteristic of the works in "Eye to Eye" is their astonishing particularity. The emphasis is on the human face--there are no full length portraits--so we are confronted by distinct individuals, each representative of a particular century, class and moment. Yet even as we interrogate the illusory, painted features as we do those of our living contemporaries, speculating about the meaning of expressions and about intimations of character, even as we read the portraits as documents of their eras, full of information about clothing, hair styles and manners, we become fascinated with them as paintings, as revelations of what their authors were capable of.

The appraising glance of a young 16th-century beauty suggests that she was not only well aware of her charms, but also of the privileged rank attested to by her gorgeous pink brocade and spectacular jewelry. But we're equally engaged by the audacious, staccato brushwork with which the artist, Giovanni Battista Moroni, conjured up those emblems of wealth, contrasting the stabbing marks of costume and gems with the smooth rendering of face and hair.

Highlights? A young man holding a lira da braccio, with broken strings, painted about 1510-20 by an unknown Italian--perhaps the Sienese Beccafumi. Tendrils of curly golden hair and the patterns of an enormous padded sleeve compete with a powerful, near-abstract composition of geometric masses and a palette of silvery grays and cool blues. Parmigianino's deep-toned image, c. 1530, of an uneasy man, apparently interrupted while reading. Oil-sketch heads by Bernini and van Dyck, miracles of economy and apparent effortlessness, evoking particular individuals with assured patches of color. Jean-Baptiste Greuze's affectionate portrait of his fine-featured lawyer, painted in 1797 in gratitude for help rendered. A broadly handled, windblown head of a young man, by the too-little-known 17th-century Fleming Michael Sweerts, that points ahead to Romanticism. Thomas de Keyser's feisty little Dutch bourgeoise, c. 1630-33, hand on hip, with a "don't mess with me air." And more.

If that weren't enough to justify a winter trip to Williamstown, there's also a splendid show from the Clark's collection of Albrecht Dürer prints, every one of them impeccable and fresh.

Ms. Wilkin writes about art for the Journal.

Dear Paul,        Jean and I want to thank you for all you have done to help sell our home in Pownal when many said it would take months or even a year to do that in this present market. In four days after your listing we had a buyer, and we were astonished, and really not prepared for that to happen.        Over the years we have been pleased to work with you on other sales, for you have always been a knowledgeable professional and a gentleman. You have always followed through with [...]

July 18, 2012   Hi Paul,   I don’t think that any of us can express our gratitude for all your hard work and persistence. It’s not been an easy property to work with, however, you stuck with it when many would have thrown in the towel. I’ll continue to recommend you to anyone in the Berkshires looking to sell or buy.   Many thanks,   [...]

July 2018 "Hi Kevin, As I said at our closing, my pursuit for a Western Massachusetts property begun in a spirit of simple "look-see" for a snazzy new apartment became such an interesting and enlightening process, concluding in a way we had not anticipated, but one with which we are very happy!   I genuinely appreciate your assistance and always timely responses to our various questions.  We were also impressed with your sure sense of decorum during the actual closing itself__ never [...]

RE: Listing and Sale of 696 West Shaft Road, North Adams, MA 01247  Dear Mr. Harsch:          Barb and I are simply amazed that your listing of our home, and your expert guidance in this matter, were the major factors in our sale on November 21, 2008, and with a satisfactory sale price given the present housing market turmoil.          Our initial instincts in asking you to assist us proved to be sound, and my 35 years of law practice in North Adams [...]

12/25/2017 Dear Paul, After all we went through the last six months I needed a few days to think over everything over before writing you. Because I have known you and your excellent reputation for probably 30 years there was no question who Dianne and I wanted to help us with the sale of our home. Little did I know or could imagine what we would go through over the last  six months. When the interior was destroyed in a broken pipe flood we knew this would be tough. We were very [...]

From:  ABC- A better chance.  A better community.  Williamstown MA May 11, 2012 Dear Paul, On behalf of the Board of Directors for Greylock ABC, I would like to thank you for your generous donation to the Greylock ABC 2011-2012 Annual Fund.  Your contribution truly  makes a difference in the lives of our scholars, especially in these economically difficult times.  We could not offer the current variety of programs and a secure nurturing home for our scholars without your continued support.  [...]

Dear Mr. Harsch:           I just want to tell you how pleased I have been with the Harsch Agency in both the buying and selling of my home(s) in this area.           Three years ago, my husband and I moved to Williamstown and bought a small home through the Harsch Agency.   We were impressed with our agent and so when we decided to buy a larger home 18 months ago, we sought her out. Although many realtors may have given up on us through 18 months of house hunting, your [...]

Hi Carolyn, Well, we got through the closing, with drama rearing up even at the last minute! We just wanted to make sure you know how much we valued your agency, your assistance and your good humor throughout these weeks, that have quite probably seemed longer to us than to you.  You did a great job for us, and we are grateful for your help, and glad to have worked with you. Regards, Bonita and Cliff Dec. 2009   [...]