Housing prices are, as economists say, "sticky downward." While stock prices can plunge dramatically in a single day, 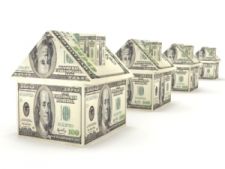 Good Reasons to Drop your Price

housing prices sometimes take years before they fall enough to restore the balance between supply and demand.

Don't blame buyers for this. They always adjust quite readily to the new reality of lower housing prices. Sellers, though, are slow to come around. And so we must wait while they gradually whittle their prices down to the new levels. Here are some reasons you should consider cutting yours right away:

1. It's often best to get out of a weak or falling market as early as possible.

2.  There's a risk that prices could fall much lower.

A fair percentage of homeowners may be "underwater" in that they owe more than their properties are now worth; some may even be facing foreclosure in the near future. Foreclosures depress property values, since the homes are often sold at bargain prices.

3. Statistics that are showing only modest declines in median sales prices may be misleading.

Some sellers (including developers/"flippers") have been offering generous incentives and credits to sell their homes. So while the statistics are showing modest drops in sales prices, the amounts sellers are actually netting have been dropping by somewhat more.

Median sales prices can also be misleading if certain kinds of homes are selling better than others. It's even possible for the median sales price in an area to rise at the same time that individual home prices are falling dramatically.

Your house may have dropped by 15%, but so has your replacement house. If you're selling in order to trade up, this market may be working in your favor.

5. The amount you're "bleeding" each month may be larger than you think.

6.  Some real estate agents themselves are out of touch with the market

Some inexperienced or even unethical real estate agents suggest unrealistic prices to sellers to either get the listing in the first place or out of lack of due diligence or experience. Those listed properties then languish on the market. Sooner or later, those listings expire and the seller moves to another agency or the listing agent is recommending a series of price reductions. Time has been lost and so has the opportunity to sell during the initial rush when a property is first placed on the market. In either case, its an expensive mistake.

7. The asking prices of neighboring properties may be giving you an inflated sense of your home's worth.

In a falling market, many sellers (and agents too) have unrealistic expectations of what their homes are worth. Just because a neighbor with an similar home is asking $600,000 doesn't mean that your house is worth $600,000. The ultimate selling price for the neighbor's house might end up being only $500,000 and if you price your home according to the neighbor's asking price you could well have missed an entire selling season not to mention the added carrying costs and inconvenience of a long delay in your plans.