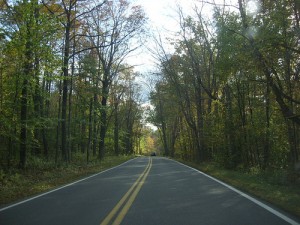 That verity aside, I do believe that statistics provide some useful assistance to us as we look ahead, and so does information about the state of the general economy, historical trends, and so forth. Taking all of this in to account, it is my expectation that the level of inventory will remain at higher average levels for some time to come and will take longer to absorb than the past, leading to longer days on the market on average as well.

These changes will not only effect Berkshire real estate, but the industry as a whole.

Sellers can respond to these realities in either of two ways:

In parts of the nation where the population trends are upward, waiting may be a suitable approach for some who have the luxury of time on their hands. For those living say in the Berkshires where population trends appear to be trending downwards still, waiting could prove a losing proposition over time. When factoring in the costs of ownership - especially if the house is a second home that is no longer in much use - the costs of inflation, maintenance, obsolescence and so on, then holding on for a better market may indeed turn out to have been based on a false premise.

In every market decline there are some homeowners who are caught in a very uncomfortable position, having purchased their home in a higher market or having leveraged the home above its current fair market value during boom times. These homeowners are faced with few options that are attractive. They either have to:

All in all, the future of real estate looks conservative, which is not a bad thing. In fact from '01 to '07 many people began to look at real estate and homes in particular as means of making big money. Pretty quickly all sorts of video tutorials, books, and TV shows devoted to making tons of money buying and selling homes for profit came to be. When that happens, it is a sure sign of a bubble forming which leads to the inevitable bursting of same.

When I began my career in real estate in 1975, people bought homes to live in, as they had done for decades before. There was a short steep and painful run-up and collapse in prices fueled by low rates and builder speculation back in the late 70's or early 80's - the exact timing of which I have forgotten - but the average homeowner never got involved. Not until our nation's economy began to lose jobs in large numbers and not until rates were dropped to near zero levels in the aftermath of 9/11 did the average person enter the world of real estate speculation (and many others entered real estate as a career).

Speculators and flippers have almost all been burned and the sensible ones have sworn off doing it again. Others are still struggling to get free. Thousands upon thousands of wishful new real estate licensees have also left the business to find "real jobs". It is a new world order. Real estate will not be the get rich quick scheme it was for a brief six years, though for those who prospered and got out in time, they were high times indeed.

Price sensibly, and take the advice of a seasoned real estate expert. The more years and successes they have had in the business the better they will be able to help you either sell in these challenging times or find good value and avoid the pitfalls, if you are purchasing.